INTERVIEW ON THE PRICE OF BUSINESS SHOW, MEDIA PARTNER OF THIS SITE.

On a recent Price of Business show, Host Kevin Price visited with bestselling author Steve Leder and they discussed how to not only cope but thrive in challenging times.
According to a statement, “Steve Leder has presided at more than a thousand funerals, thought he knew how to cope with death – until his father died. It was then that Steve Leder, a head Rabbi of one of one of the world’s largest synagogues, became Steve Leder the son.
RELATED:
https://www.youtube.com/watch?v=MX5py6tUeao

“He faced his own experience of love, regret, and pain in a more personal and intimate way than ever before. What he discovered was life changing: in death we do not lose – we actually gain more than we ever imagined.”The Beauty of What Remains (January 5th 2021) is a deeply moving and inspiring narrative that takes us on the journey of loss and grief that is common to us all. For it is along this path that we learn the beauty of what remains.

“Leder says that ‘understanding death – its rituals, its lessons, its gift to reshape love through memory, its grief, its powerful reminder that it is not what but who we have that matters – gives our lives exquisite meaning.’ 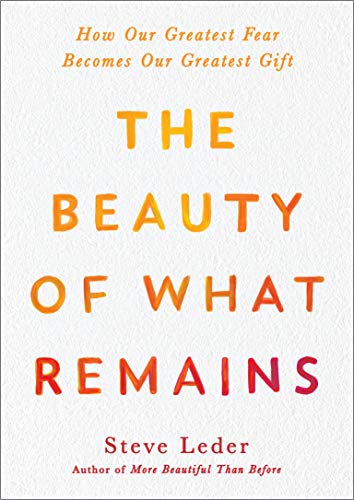 “As a Rabbi, Steve Leder shares traditions from many faiths, and tells stories from the many bedsides he has attended that can help us all in times of loss.

“As a grieving son, Steve tells poignant, often funny stories about his childhood, sharing his own deeply personal experience of grief, and what it taught him.

“While Steve Leder the Rabbi was not fully prepared for the passing of his own father, Steve Leder the son learned how loss makes life beautiful by touching us with love that we had not felt before.

“This comforting book takes us on a quest through grief that is fundamental to everyone.

“The Beauty of What Remains is a heartfelt narrative filled with laughter and tears, the wisdom of millennia and modernity, and ultimately, an acknowledgement of the profound truth that if we can understand death and loss, we can learn how to truly live.

“About the Author: Steve Leder is the senior rabbi of Wilshire Boulevard Temple in Los Angeles and the author of The Extraordinary Nature of Ordinary Things, More Money Than God, and the bestseller More Beautiful Than Before. He received his degree in writing from Northwestern University, and spent time studying at Trinity College, Oxford University, before receiving a master’s degree in Hebrew letters in 1986, and rabbinical ordination in 1987, from Hebrew Union College. Originally from Minneapolis, he lives in Los Angeles with his family.”

LISTEN TO THE INTERVIEW IN ITS ENTIRETY HERE:

The Price of Business is one of the longest running shows of its kind in the country and is in markets coast to coast. The Host, Kevin Price, is a multi-award winning author, broadcast journalist, and syndicated columnist. Learn more about the show and its digital partners at www.PriceofBusiness.com (scroll down to the bottom of the page).

By Mary Ann Faremouth,   It’s interesting how the affairs and events of the natural world, in addition to Covid-19,[...]

INTERVIEW ON THE PRICE OF BUSINESS SHOW, MEDIA PARTNER OF THIS SITE.   Recently Maryssa Gordon, Senior Editor of the Price[...]